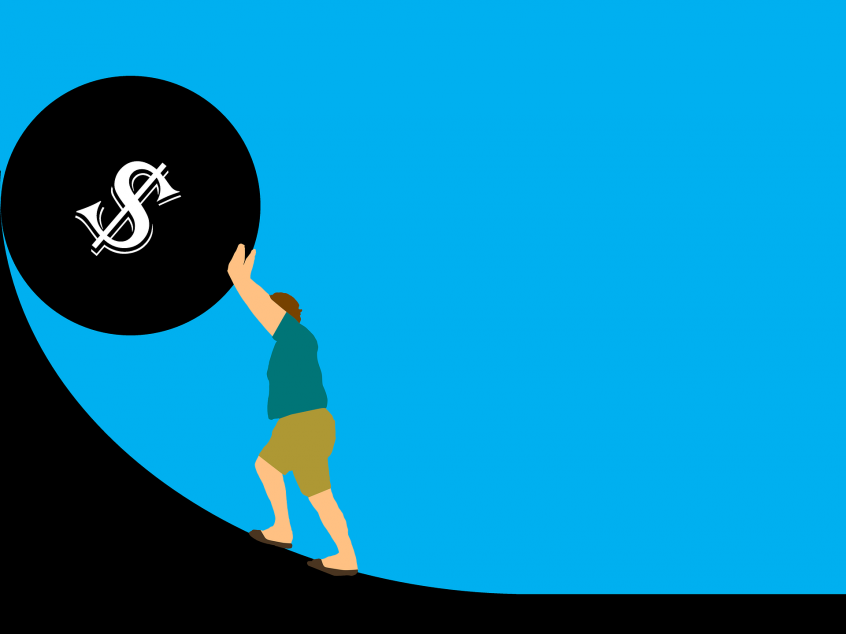 We hear a lot about how important it is to get rid of debt. However, sometimes we don’t get into the reasons why getting rid of debt can be so good for your finances.

If you’re hoping to reach your financial goals, paying down your debt can be one of the best ways to move forward. Understanding exactly why getting rid of debt is so powerful can help you stay motivated when you want to give up, or you get tired. Here are three good reasons to get rid of debt.

1. You Stop Paying Interest to Others

When you have debt, you pay interest. Interest is a charge for borrowing money, and it goes right into the pocket of the lender. You don’t get any benefit — other than the privilege of borrowing money.

The interest you pay is extra money off the top. When you get rid of debt, you no longer have those interest charges. Rather than paying interest to someone else, you can take that money and put it toward other goals.

Think about it. Using Bankrate’s Credit Card Calculator, you can look at the impact. If you have a credit card balance of $5,000 and pay 18% interest, and you only make the minimum payment of $125 per month, it will take you almost 23 years to pay off the debt — and you’ll pay almost $7,000 in interest.

That’s more than you borrowed, just in interest!

What if you could do something else with that money? That $7,000 could grow to much more if invested instead of paid to someone else. Or, you could have bought a used car to get to a better job, or used the money for a down payment on a house. There are lots of ways that interest could have been used.

Paying off your debt frees you up to use your money for YOU, rather than having it enrich someone else.

2. Use Debt Payments to Invest Instead

Once you’ve paid off your debt, consider how you can use that money to your advantage. Rather than putting that money into savings, or doing something else with it, consider investing it.

When you get rid of debt, you can funnel the money you were paying on your debt toward building your wealth instead. Let’s say you take that $125 from our example and put it toward investing instead.

According to the Wealth Calculator, if you invest that $125 each month for 23 years (instead of paying it toward a credit card), you’d end up with $130,178. That’s pretty good — and a lot better than paying almost $7,000 in interest for no benefit to yourself.

If you have the ability to accelerate your debt payoff plan with the help of a strategy like the debt snowball or debt avalanche, you can get rid of debt faster, and then redirect that money toward investing. The more you’re able to put toward investing, the bigger your nest egg will be later. Getting out of debt and redirecting that money so that you’re earning compounding returns can make a huge difference in how you build wealth — including generational wealth.

3. Put Debt Payments Toward Other Goals

Even if you don’t invest all the money you would have been paying toward debt, you can still benefit when you get rid of debt. You can put that money toward other goals.

Maybe you’re planning to save up for a down payment on a house. If you’re putting money toward debt, those are dollars you can’t use for your down payment. Whether you plan to buy a car without a loan, go on vacation, or send your kid to college, all of the money that’s going toward debt can’t be used on these other goals.

When you pay off your debt, you free up that cash flow for other things. You can use the money to put toward other items that matter to you. Getting rid of debt obligations that are sucking the financial life out of you can be very freeing, and give you more options for how to use your money.

While there are good reasons to get rid of debt from a financial standpoint, you might also be surprised at the non-financial ways getting out of debt can improve your life.

For example, just getting out of debt can significantly reduce your stress level. Plus, you feel a greater sense of control over your life and finances, which can also be a relief. When you get rid of debt, your relationships improve, and it can even help your health.