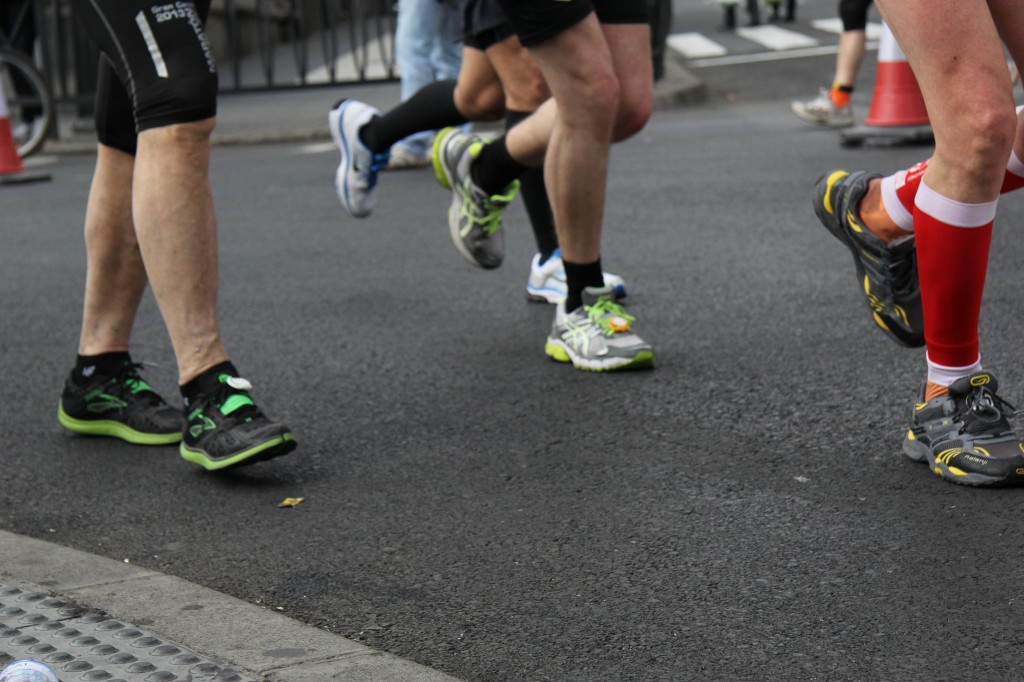 Last month, I ran my first marathon. I signed up for it on a lark: I wanted the challenge long distance running provides. And over the course of six months, I learned a lot about my own habits and idiosyncrasies that reflected not only on my running, but in so many other areas of my life.

I started saving for retirement at 26 – later than some, but still earlier than others. Because I am self-employed, I face some unique hurdles – no 401(k) matchings for me – that have forced me to look at retirement planning in a new light. As I worked so hard on a physical goal for six intense months, many of the same traits and lessons learned from my marathon mirrored those learned from reaching toward my retirement savings goals.

As the saying goes, “how you do one thing is how you do everything,” and so is the case with these three lessons I discovered that apply not only to training and running a marathon, but also to setting any hard, long-term goals – like investing – and working toward them.

Start Immediately, Then Just Show Up

I had six full months to prepare for my marathon after I signed up, and at that point, the race just seemed so far away when there were other distractions calling my name. I started though; I finalized my training schedule and I pushed through the resistance each day with the mantra: Just show up.

I told myself to simply put on my running shoes and do what I could for that run – even if it wasn’t the fully planned mileage on the training schedule. Just put in what I could that week so that I was always still making forward progress toward my end-goal.

By the end of my training, every single run in the early days had made a difference in how I felt during those last runs before the marathon – those first runs were small, very little mileage, and in the beginning felt like an insignificant contribution to the end goal of reaching the marathon. But, it turns out, they affected my stamina, muscle strength, and attitude.

Practical application for investors: Lay out your long-term investing plan now, and start contributing immediately. Even tiny contributions have a compounding, cumulative effect on your end goal. Just like those early runs warmed up my body for the physical task, even small contributions instill in you a savings habit and a commitment to make incremental steps toward your goal. When you’re looking toward retirement, you really can’t start saving early enough. Start now, then show up with a contribution to your 401(k), your IRA, or stock portfolio each month. Even small contributions add up over time.

During the marathon, we managed a slow pace with a goal of 5.5 hours – elite runners finish sub-2.5 hours – but for a first-time marathoner, and a new runner, 5.5 was a more reasonable expectation. Investing is much like planning your first marathon: look at the end goal and chart a course to that goal that is right for you, not anyone else.

There were times when other runners passed me, and other times when I wanted to give up. But in running, and investing, sticking with a steady pace and only measuring my progress against myself, is the wisest tactic.

Practical application for investors: Pick a reasonable savings and investing goal each month and year until retirement. Then stick to it with small and consistent monthly contributions. There may be setbacks along the way, but if you start now, the magic of compound interest will see even those small monthly contributions increase over the years.

See Your Way Past the Setbacks

At mile 22 of the marathon, I broke down emotionally and physically. I just couldn’t make it the last four miles. My goal was to run the marathon with a steady 3:1 run/walk pace throughout. Instead, I took a break and walked for several rounds, allowing myself to coast over the emotional hurdle. Then, with the help of my friend and running partner, we resumed our pace as soon as possible. I couldn’t continue with the goal in those moments, but I knew that just because I had to abandon the plan for a bit, the real challenge was deciding to set my interval watch for another set, link arms with my friend, and keep running until the finish line.

Practical application for investors: Life is messy, and sometimes even the most reasonable and practical investing goals may need to go on pause. Maybe this means losing your job, the recession, college tuition for your kids… there are heaps of reasons we jump off our investing plan. Like a marathon runner though, investors need to keep perspective on the end goal even in the moments of overwhelm. Take a break, but don’t let that stop you from picking back up as soon as you are able to continue with your savings and investing plans.

Sticking with the goal of finishing the marathon was hard, but in doing so I honed traits and skills that help me in other parts of my life. During those long six hours, I had a lot of time to think about future plans, and though I started late, I know that if I stick with my current retirement goals I am on the right track, and, like the marathon, I’ll get there eventually.