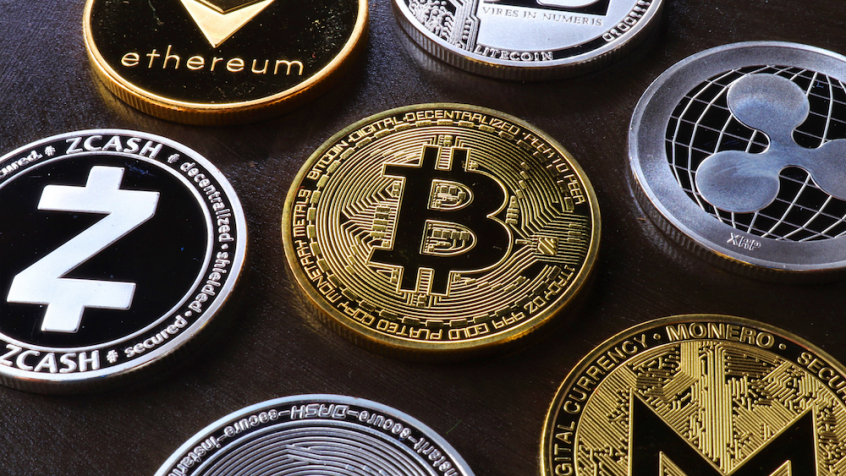 Many people are interested in learning about cryptocurrency. After all, it’s a speculative asset that’s taken the world by storm. Even with the current pullback in crypto prices, there’s still a lot of interest.

One of the biggest differences among crypto is what’s known as the consensus mechanism. You often see this as proof-of-work vs. proof-of-stake. Let’s take a look at the differences.

What is a Consensus Mechanism?

The idea behind blockchain technology is that you can engage in “trustless” transactions. The network is protected by algorithms and protocols that lead to an agreement among the computers on the network.

There are two main consensus mechanisms: proof-of-work and proof-of-stake.

Proof-of-work relies on the “work” done by computers in the network. Bitcoin uses PoW, as does the current iteration of Ethereum.

With PoW, computers race to solve cryptographic puzzles. The computer that solves the puzzle first receives a reward. However, the other computers are also solving the puzzle, so there can be a consensus.

Because of the nature of proof-of-work, it would be cost-prohibitive to get the equipment need to take over 51% of the network.

Ethereum plans to shift to a proof-of-stake approach in the near future.

Once again, to be able to take over the network, the cost to own enough of the cryptocurrency might be prohibitive.

Proof-of-Work vs. Proof-of-Stake: Pros and Cons

One of the biggest criticisms of PoW is its energy usage. The energy needed to power mining rigs that can be the first to solve a puzzle can be huge. For example, Bitcoin uses more energy than the country Argentina.

Additionally, it can be expensive to set up a mining rig. Buying special graphics cards and other equipment can feel cost-prohibitive. Add on the fact that, even so, you might not be fast enough to get the reward for finding the block, it can be difficult to make money on mining.

However, some enthusiasts see PoW as more secure than PoS.

Proof-of-stake doesn’t require you to buy a lot of special equipment, but you do need to own some of the cryptocurrency to participate. Depending on the coin, you might need to buy a large amount. You don’t use as much energy or buy special equipment. However, you might “lock up” some of your wealth if you validate transactions (and receive the reward).

For some crypto enthusiasts, it makes sense to look for smaller cryptocurrencies, rather than trying to use the most-known blockchains where there’s competition.

What about Proof-of-History (PoH)?

Another mechanism that has been getting some attention is proof-of-history. Solana uses this method as part of its verification process. Timestamps verify transactions and their order. However, Solana includes a PoS component as well.

PoH allows for faster transactions on the blockchain. It’s especially fast when compared with PoW. However, all of the upgrades to Ethereum are supposed to make it even faster.

Many blockchains and other solutions are trying different ways to allow for consensus and verification at a faster pace. For example, the Lightning Network is designed to find ways to make Bitcoin transactions faster.

Alternative methods of consensus could advance blockchain technology. For now, though, the most common are PoW and PoS.

When choosing a cryptocurrency, consider the consensus mechanism. Think about how it secures the network. Also, consider the speed of transactions and costs. Consider whether you plan to go for rewards by helping verify transactions.

You don’t always have to consider the consensus mechanism, though. If you’re not trying to earn rewards to verify, you can base a crypto purchase on other factors.